The Impact of Laboratory Proficiency Testing And External Quality Assurance Schemes In Resource Limited Settings - From The Perspective Of Hazel Aggett, An Expert On Managing Africa’s Quality Control Schemes

Laboratory services are fundamental to all high quality health care systems. This is even more crucial in Africa, a continent suffering from one of the most destructive epidemics in recorded history. See figure 1.

Two - thirds of the world’s HIV/AIDs sufferers are in Sub-Sahara Africa with South Africa having the highest disease burden on the continent.  Its National Health Laboratory Service (NHLS) was formed in 2001 and has become increasingly important in the prevention, treatment and care activities for HIV/AIDS - from accurate diagnosis, monitoring of patient treatment to recording disease trends and conducting research.
The NHLS is the sole provider of diagnostic 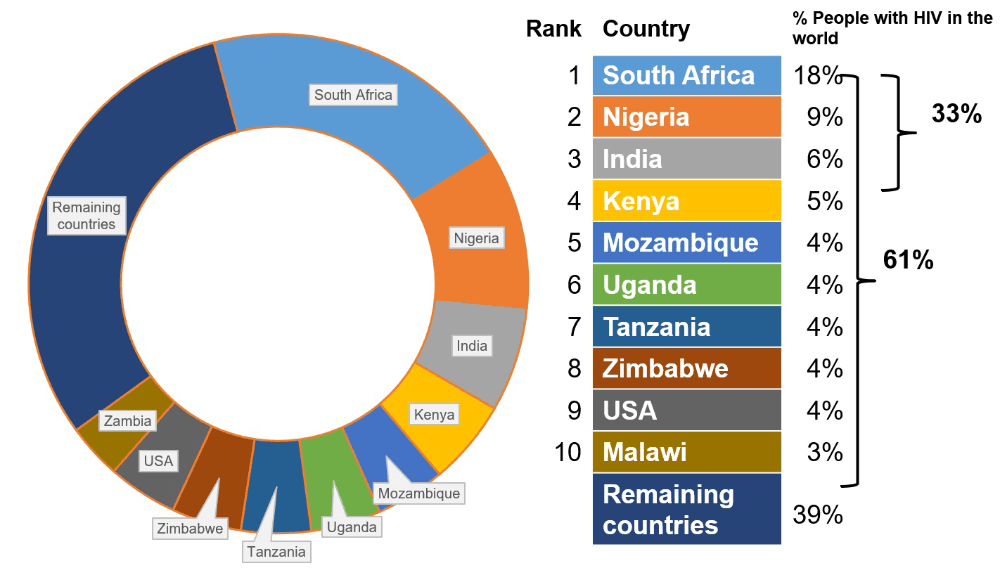 The African Society of Laboratory Medicine (ASLM) and the NHLS are working towards improving quality control, establishing unified standards of practice and formal accreditation. The object of quality assurance is to ensure that the right result is provided on the right specimen at the right time and interpreted according to the right reference data. However, to achieve this successfully, a laboratory needs to be part of an accredited external quality assessment so that the whole process can be independently evaluated.

Hazel Aggett from the NHLS department of
Academic Affairs, Research and Quality
Assurance has been responsible for
managing a major EQA initiative in Africa
and at a recent AIDS conference in Durban,
she outlined the impact independent external
quality assurance checks were already having
on Africa’s laboratory results.

Ms Aggett is a medical technologist with over 20 years experience in hematology and molecular
medicine and a Fellow of the Society of Medical Laboratory  Technologists of South Africa (SMLTSA). She is based at the Charlotte Maxeke Johannesburg Hospital in South Africa and is responsible there for the output of nine flow cytometers and seven prep stations in her lab.

The NHLS’s Quality Assurance Division has now established Proficiency Testing (PT) schemes for all NHLS laboratories in South Africa as well as those in over 20 other African countries.  The schemes have adopted the same guidelines laid down by the American Clinical Laboratory Improvement Act 1988 which set a percentage compliance for lab participation of 80%.

With approximately one fifth of Africa’ s laboratories already taking part in an EQA scheme, Ms Aggett’s task is to encourage more labs to sign up for the rigorous and ongoing accreditation process. The NHLS provides extensive support and training to assist labs become accredited – and additional support if the regular monitoring identifies reasons for non-compliance.

A PT external quality assurance scheme is a vital assessment of reliability between laboratories, providing the means to compare how different instruments and assays perform the same test. By setting common standards for compliance, each lab can monitor their own QA procedures, measure their performance against an agreed benchmark and identify and correct any noncompliance.  It also gives then access to technical assistance to improve their performance.

Participation in Africa’s EQA scheme ranges from large references labs to mobile clinics in hard-to-reach, rural areas. Ms Aggett also pointed out that even the ‘famous Tutu testers that go around testing, counseling, taking samples, are also participating in the program’. Countries such as Lesotho, Botswana and Namibia all run very successful CD4 PT programs based on the accredited NHLS model.

Within the context of HIV/AIDS, it is vital that quality laboratory and primary healthcare services are available to ensure that diagnosis, the initiation of antiviral therapy (ART) and monitoring of treatment is both accurate and precise. An essential part of this involves monitoring the accuracy and precision of CD4 testing.

Now recognized as the National Health Laboratory Service Immune Monitoring CD4 Proficiency Testing Scheme, the scheme started with 2 participants in 2002 and by 2015 had grown to over 850.  It was formally accredited by the South African National Accreditation System (SANAS) in 2008, confirming that it conforms to international standards and is on a par with widely respected schemes such as UK NEQAS.  In South Africa alone, 60 laboratories now carry out CD4 testing, serving 80% of the population.

South African laboratory scientist Dr. Debbie Glencross led the way with CD4 testing in 2002 when she first introduced an easy way to identify and count CD4 levels using flow cytometry technology. Her initiative led to the introduction of Africa’s first PT for CD4 monitoring by the NHLS.  Almost three million people currently undergoing ART in South Africa are now having their CD4 levels monitored as well as viral load testing.

To offer confidentiality, when data is shared, each PT scheme participant is only identified by a unique code number. The NHLS service sends out samples six times a year, ranging from a very low CD4 value to normal. Participants receive independent and impartial reports on their performance with technical support given either over the phone, email or through hands-on training.

The NHLS instigated an analysis of its PT EQA

program, to assess levels of precision and
reproducibility of results and to identify the
reasons for any non-compliance so that
technical support could be offered.

The absolute and Í4 values submitted between 2003 and 2015 were pooled to assess the precision of the proficiency testing scheme. This reported the trimmed %coefficient of variation (%CV) of absolute CD4 count and Í4 lymphocytes, with both normal and low value material being assessed. The mean % compliance (figure 3) shown compares NHLS labs alongside those in countries identified only as A, B, C D, some of which referred to NGO financed services.  Figure 2 shows the precision performance of the actual PT scheme over the 13 years monitored. The few outliers seen here relate to the early years. 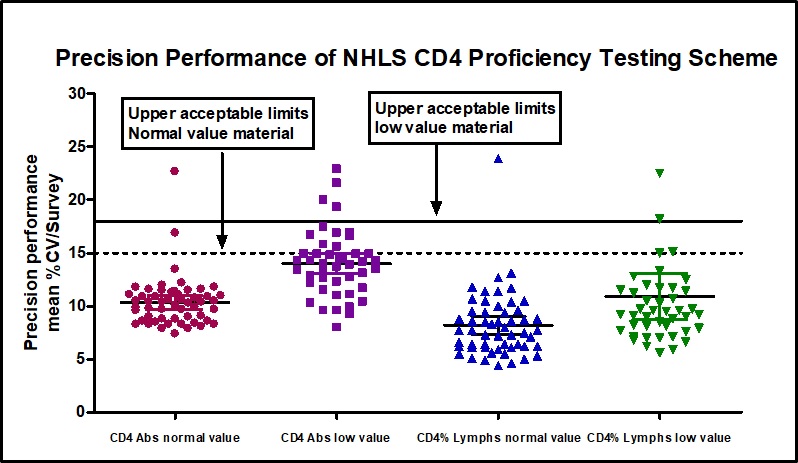 Figure 3 –Overall Compliance Percentages between 2010 and 2015


Looking at the data, the most consistently compliant countries were high volume labs with simplified gating strategies using the CD4 method. While NHLS labs show a consistency of well over 90% compliance over the monitoring period, there are fluctuations in performance in the other groups where intervention and support may be needed.  Without external PT benchmarks to monitor performance, it is unlikely that these variations would have been picked up and solutions offered. The scheme has been already been widely accepted by African participants who have found that subscribing to it can help them implement a better CD4 testing service.

Ms Aggett stressed the importance of understanding that these fluctuations relate directly to the challenges encountered by lab participants. In fact, the main challenge facing most African countries today still lies in whether they have the financial means to develop comprehensive national laboratory procedures for standardization of testing as well as reagent and instrument procurement.  Lack of essential reagents and consumables alongside massive stock-outs is a huge problem for some countries.

The use of proactive quality control systems, alongside the benefits of training and  manufacturer support, has been shown to have an impact on improving the performance of laboratories over time.

Dr Glencross’s pioneering CD4 testing approach has also led to an expansion in the use of flow cytometry within the African laboratory service. Beckman Coulter’s AQUIOS CL Flow Cytometer has been a recent introduction to Ms Aggett’s lab, which she describes as ‘the new kid on our block’. The World Health Organization’s Prequalification IVD Programme recently accepted the AQUIOS  CL cytometer together with the AQUIOS  Tetra‐1 Panel (CD45‐FITC/CD4‐RD1/CD8‐ ECD/CD3‐PC5) and AQUIOS  Immuno‐Trol/Immuno‐Trol Low controls for the immunologic assessment of patients having, or suspected of having, immune deficiency. They are intended for use with in‐vitro diagnostic flow cytometric applications, involving four fluorescent detection channels using a blue (488 nm) laser, two light scatter detection channels and electronic volume (EV).

The high-throughput AQUIOS  is a practical, small foot print solution which has made it possible to carry out CD4 testing in the smallest of rural African labs. An operator does not need prior CD4 or  flow cytometry experience so it is especially suitable for use in resource-limited labs, even those with limited access to highly trained staff.   In Africa these smaller labs are usually part of a tiered laboratory service and often carry out 120 or fewer CD4 tests per day.  The use of AQUIOS  in this setting offers the chance to widen CD4 testing across the national pathology network.  Results require review by a qualified laboratory professional.

The Impact of Laboratory Proficiency Testing

More than a third of people starting ART have advanced HIV disease, and an increasing number of patients re-present to care at an advanced stage of HIV disease following disengagement from care. The leading causes of morbidity and mortality in these patients include tuberculosis, severe bacterial infections, cryptococcal meningitis, toxoplasmosis, and Pneumocystis jirovecii pneumonia.

The Future of ​ CD4 Testing

It is now standard practice to offer HIV testing, and put patients onto antiretroviral therapies as soon as they receive a positive diagnosis, not only prolonging but also enhancing the quality of their lives.

CD4 Testing & Viral Load – Why its Significant to Use Both​

For too long, CD4 testing has been on the wane in countries with high incidences of HIV. Yet it is the recommended way to identify people in advanced stages of the disease and whose reduced immunity therefore exposes them to potentially fatal, opportunistic infections. Indeed, the importance of CD4 testing cannot be understated.

The 2016 and 2017 World Health Organization (WHO) guidelines provide guidance on the diagnosis of human immunodeficiency virus (HIV) infection, the care of people living with HIV, and the use of antiretroviral (ARV) drugs for treating and preventing HIV infection.